Lambie’s hard work paying off with Brumbies call up

Eagles player Sophie Lambie has been selected to play for the Brumbies Women side who will take on Fiji today, Monday 11 June, at ANU North Oval from 2pm.

Lambie will play alongside fellow Eagle in Sammie Wood, who is a standout of the Women’s competition and a key contributor to the Women’s program at the Eagles.

Sophie’s Brumbies selection does not come as a shock to those around her, due to both the hours and effort she’s put in and the experience she’s gained through a similar representative program at the Canberra Raiders.

Eagles media caught up with Sophie and asked her about her selection, her development on the field and where her career is headed. 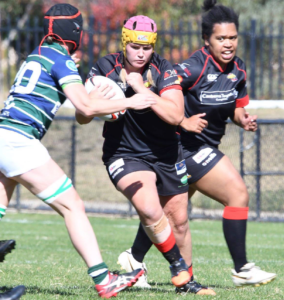 Q: Can you tell us about your selection and how it all came about?

Doc, the head coach of the Brumbies SuperW Squad had been watching the game against Uni-Norths Owls, and asked Sammie Wood to grab me after our game. Doc then asked me if I would be interested in coming into the squad now, very excitingly I obviously accepted this opportunity.” Lambie said.

Q: What does your selection mean? Who will you be training with and what games are you playing?

This opportunity of being called into the squad, gives me the chance to train with some of the top female rugby players here in Canberra, just simply to be able to learn and take on from how they train and play the game as well, will help my game hugely. Which of course is one of the main things I’m looking forward to. Being called into the squad was to get ready in preparation for the game we have against Fiji on Monday the 11th of June here in Canberra, even just to get a couple of minutes on the field in that game will be an amazing experience, and it’s something I’m very very excited about at the moment. 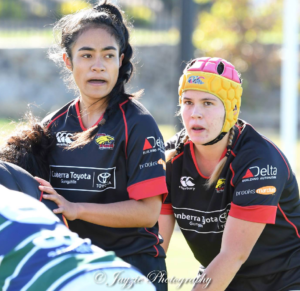 Q: What does this opportunity mean for your rugby career?

As said before I get the chance to train with some of the top female rugby players in Canberra and that in itself will help my rugby career as learning from them will help further enhance my game. This opportunity for me is another step in the right direction, to help me achieve my long-life dream in hopefully pulling on that Green and Gold jersey one day. Everything I can gain from this amazing opportunity I’ll grab with both hands and make the most out of it that I can.

Q: How has your time at the Eagles assisted your career?

All the support staff, coaches, volunteers and other players make Eagles a place where you can go and enjoy playing your footy, while also improving and becoming a better player. Over the last 3 seasons at Eagles, I’ve grown as a player through playing in a women’s team with people up to 10 years older than me, while still at the age of 16, 17 years old. This has really helped prepare me to be ready for opportunities like this when going to a Representative women’s team. I as a player have always been supported by the Eagles and this year I’m lucky enough to be sponsored as a player by Jayzie Photography. 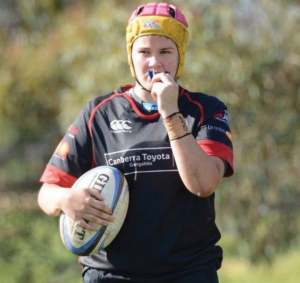 Q: What aspect of your game have you been working on or what do you think your strengths are?

I have been working a lot on my fitness, agility, and speed, this has really helped me push my game to the next level in many ways. I’m always doing whatever it is I can to improve my game that little bit more every training, including doing those extra trainings by myself, working on all the different aspects of the game. I’m a big believer in knowing that you can never be to comfortable with where your performance is at for too long, you can always do something to improve on it.

Q: Do you think you’ll need to decide between League and Union at any point in time or will continue to develop your game in both codes?

At the moment I don’t see myself having to decide between the two as when I was playing league it was at the start of the year, and then I decided for the rest of the season that I would continue on with just union. Playing league again at the start of the year was great and I gained a lot from it. But I’ve chosen to stick with Union, as at the end of the day it’s the game I love and it’s been the game I’ve been playing and dreamt of playing at a high level representing my country since I first started playing at 4 and a half. 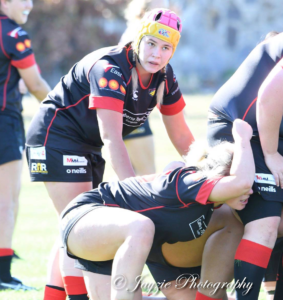 We’re hoping to get plenty of Eagles in attendance to cheer on Sammie and Sophie, and the game can be live streamed here: https://www.facebook.com/BrumbiesFanPage/

Bald Eagles make it 3 wins in a row