Former Gungahlin Eagles Rugby Union Club President and life member, Peter Johnson, has stepped down from the role after the exciting news of late-2018 that he had been elected as the new Brumbies Rugby President.

The Eagles President and the club as a whole are extremely proud of Johnno’s achievement and would like to extend a tremendous thanks for his outstanding service to the club over many years.

The Gungahlin Eagles RUC Board met soon after this announcement and elected Leigh Hancock (the Eagles 26th and most recent Life Member) as the Junior Club President.

Leigh says “I’m really excited to be given the opportunity, and I’m quite nervous to follow in Pete’s footsteps. Like Pete, I’ll be driven to deliver results and elevate the club within the community.”

“I’m just happy to be able to give back in a leadership role, there are some people doing great work and I hope to be able to help them keep doing what they do best. My goals are to continue Johnno’s work on growing the juniors numbers, including to have teams competing in the 14s-18s which we struggle with at the moment. I’d also like to increase community engagement which can only strengthen our position and help to grow.” he added.

Peter Johnson has been a key part of the senior and junior club’s growth in recent years, and will be truly missed. 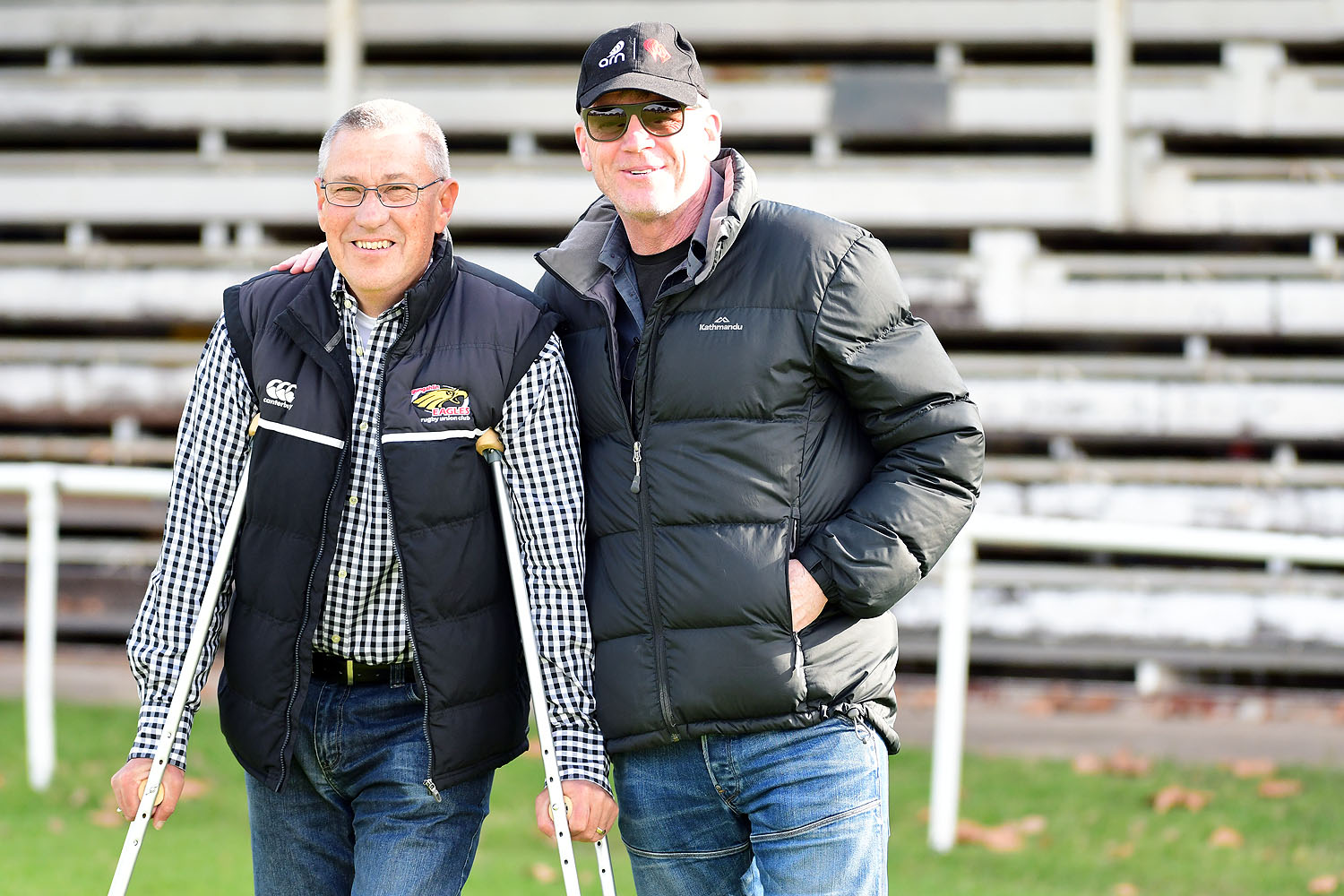 Johnno says “I’ve found the role to be extremely rewarding. They are a great bunch of kids who have very supportive parents. I couldn’t have carried out my role without the help of Christine, Andy, Leigh and Darren and all of those parents who volunteered to coach and manage the various teams. I feel a little guilty leaving, however, the experience I have gained will assist in my new role greatly and I look forward to what is ahead.”

“I am very pleased Leigh has taken on the role. My aims as President were to bring the Junior and senior clubs closer together and ensure everyone enjoyed their rugby. This will continue with Leigh who in recognition of his commitment to the Eagles was made a life member of the club last year. Leigh is highly respected by all and I am certain that the parents, players, coaches, and managers will work with him to make the club even more successful.” he added.

For details on the year ahead for our junior club, head to our Juniors Page here.

No Replies to "Hancock confirmed as Eagles 2019 Junior Club President"